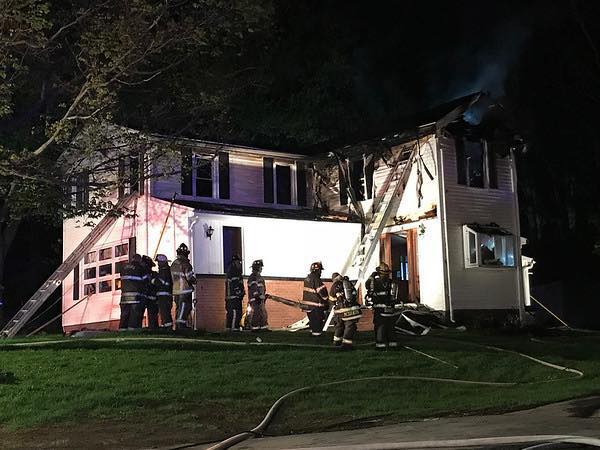 LIVONIA — A Livonia family’s home suffered great damages as a result of a fire.

At approximately 9:30 Saturday Night the Town of Livonia Fire Departments including Lakeville, and Hemlock, responded to a house fire on Coy Road. Chiefs 2501 and 2502 arrived on scene and ordered a primary search of the first floor and shortly after, confirmed that the home was unoccupied at the time of the fire.

The fire was extinguished with the combined efforts of Livonia, Hemlock, and Lakeville with East Avon providing a FAST team. Geneseo was called to the scene to assist with fresh manpower for overhaul. Conesus FD stood by in our quarters to cover the town.

The home is a total loss.

The family is being assisted by the Red Cross and the cause of the fire is under investigation.