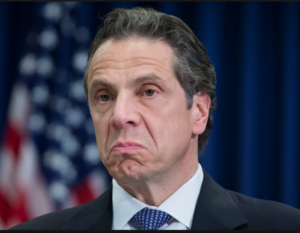 Despite verbal barbs tossed at each other President Donald Trump has consented to meet with New York State Governor Andrew Cuomo tomorrow afternoon.

“Andrew is going to be coming in with some of his people and we’re looking forward to that,” he continued after praising the hard-hit Empire State’s response to the virus.

Last Friday Trump told Cuomo he needed to do less complaining and get on with his job. Cuomo stated to the effect that Trump needed to watch less TV and get more into action.  He then made a number of mocking statements including Trump’s series on TV as the host of “The Apprentice.”

“We have given New York far more money, help and equipment than any other state, by far, & these great men & women who did the job never hear you say thanks. Your numbers are not good. Less talk and more action!” he added.

The governor said,  he had already thanked Trump countless times.

“What am I supposed to do, send a bouquet of flowers? Cuomo asked.