MOUNT MORRIS – A report of a break-in at a motel in Mount Morris led to the arrest of a Buffalo resident for allegedly bashing in windows with a fire extinguisher to get into a room he had just checked out of.

According to a press release from Sheriff Thomas Dougherty, Kevin Lorka, 61, is facing charges for felony Burglary in the Second Degree and misdemeanor Criminal Mischief in the Fourth Degree.

The Sheriff’s Office was contacted directly on the evening of Feb. 20 for the report of a man who did damage to a property. The investigation alleges that Lorka had been staying at the motel on Feb. 20 and turned in his room key and checked out.

The motel room had been cleaned and made ready for the next guest. It is further alleged that Lorka later returned to the motel and attempted to forcefully gain entry to the room he had rented prior and when he could not gain entry, he attempted to gain entry to different room unsuccessfully.

Sheriff’s investigators allege that Lorka then entered into a utility room of the motel, removed a fire extinguisher and damaged a window to a third room.

Lorka was turned over to Central Booking Deputies at the Livingston County Jail for processing and pre-arraignment detention. The District Attorney’s Office recommended bail at $7,500 cash or $15,000 bond.

Mount Morris Town Justice Robert Ossant arraigned Lorka and ordered him held at the Livingston County Jail on $7,500 or $15,000 bond. 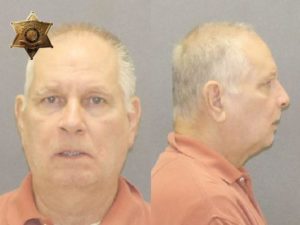