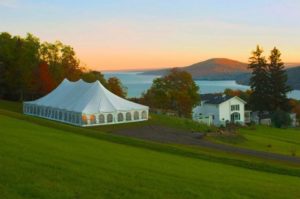 Bristol Harbor: End of A Dream

A few weeks ago, Todd and Laura Cook announced that they were closing South Bristol’s upscale Bristol Harbor development, which meant the end of many restaurant, hotel, and golf course jobs for the South Bristol resort. (The golf course is open this summer for members, but will close at the end of the season.)

According to the letter the Cooks “no longer deem it a wise use of time, effort, and resources to continue pursuing a commercial endeavor in a community where commercial enterprise is seemingly not welcomed or valued.”

The Everwilde project was scheduled to have a final public hearing soon, which would allow the property on Seneca Point Rd. to be rezoned from residential to Planned Unit Development, before it could actually move into the building phase. However, a letter sent to the South Bristol Town Board announced that the Cooks are abandoning those plans which included expanding Bristol Harbor by adding a destination banquet facility, a 50-room guest inn, and spa which was to be nestled on Canandaigua Lake, while preserving  about half of the 45.7 acre property as “everwild.” The proposal for Everwild has been ongoing for about six years, and has generated much controversy and necessitated changes in original plans, as it moved through the process of planning, environmental impact statements and public hearings.