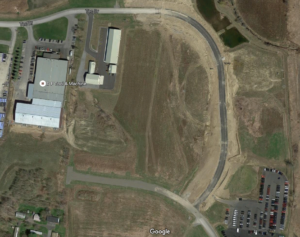 AVON – For one highly successful Avon-grown business, 22 months of development delays have forced them to consider relocating and taking their project to greener pastures.

Jody Wolfanger, founder and owner of Evening Star Coffee Roasters, has been ready and chomping at the bit to get his 4,200 square-foot expansion completed since January 2015. The company clearly has sky-high potential for growth. Even with months of expansion delays, Evening Star Coffee Roasters is bursting at the seams, with a 31 percent increase in coffee sales based on referrals alone.

“We’re trying to slow up on any further growth for now,” said Wolfanger. “The tough thing is that here we are, almost in November, and utility completion is yet to begin in the park. It’s our understanding that the utilities will now be completed before the end of this year but we are still waiting to see action occur to show construction is underway. If the utilities are not completed before the end of this year our project is likely not going to be on target for Spring 17. We’re ready and have been ready to build since May 2016. Permits are set, We have light fixtures, equipment and everything ready to grow and expand. We just need utilities to go to that site before we can construct and operate a building on it.”

Bill Bacon, Director of the Livingston County Industrial Development Agency, said that the delays are due to scheduling delays by the utility companies, namely RG&E, Time Warner Cable and Frontier.

“To allow [Wolfanger] to focus on what’s important, which is his business, we are looking at a spring build,” said Bacon. “The building design is complete and we’re working on scheduling installation of utilities. Once the utility companies say ‘go,’ this will move forward rapid fire.”

Wolfanger said that his expansion project would be impossible without the help of the IDA. It was the IDA who secured a $65,000 to $70,000 manufacturing grant for Evening Star Coffee Roasters’ construction costs.

“The utility companies thought that the late November time frame is achievable,” said Bacon in August.

“Without utilities, it’s a worthless building,” said Wolfanger. “It would be like going up into the Adirondack Mountains and building a factory and running it on generators and solar power. It’s a nice idea but not realistic or responsible.”

Wolfanger said that he bought the land from the IDA as ‘shovel ready,’ meaning that the road was constructed, utilities were in place, and construction of his expansion could begin immediately.

“In July of this year I brought it to the IDA’s attention that they did not have utilities in place which they believed were completed,” said Wolfanger. “The project has been delayed from June to August, then from August to October waiting for RG&E and National Grid to put in utilities.”

The entrepreneur said that it can be frustrating when people ask him how the project is going.

“People are excited about our new build and often ask me about how it’s coming along,” said Wolfanger. “It’s one of those questions that I am not thrilled to respond to. The delays have been discouraging and out of our control since we started the project January 2015. I do believe their is light at the end of the tunnel though.”

Evening Star Coffee Roasters’ vision is to remain in Avon, where it began. Next year, we will see whether Wolfanger considers it prudent to remain on Tec Drive.

“We’re looking at all options at this point,” said Wolfanger. “We want to stay in Avon and we’re happy to move forward with our planned build, provided utilities are completed this year. I can tell you that we will be expanding and we will be relocating next year, it just remains to be seen where.”