Errigo had harsh words for the Governor.

“The devastation in Puerto Rico is tragic, but the governor’s moves today are not as genuine as they might seem,” said Errigo. “Cuomo is heading into an election year and is seeking the nod for the Democratic Presidential nomination in 2020, making these decisions nothing more than political maneuvering. Despite what the governor says, Puerto Rico’s problems are not New York State’s problems and we need to be focused on maintaining funding to keep our infrastructure and schools running and well financed. It is wrong and disingenuous for the governor to use our taxpayer dollars as a prop for his Presidential run.”

“Prior to the storm, Puerto Rico was responsible for $72 billion in debt and needed the federal government’s approval to tap into bankruptcy protections,” said Errigo’s press release. “In 2015 the governor promised a joint $5 million tourism campaign to promote travel between Puerto Rico and New York.” 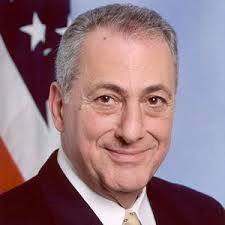