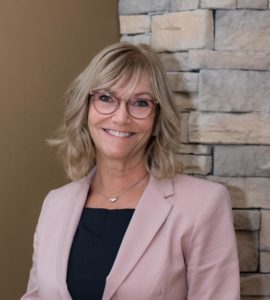 Empire Realty Group, with an office in Dansville and formerly Lakeville, is preparing a new office, located at 31 Main St. Livonia, for a Dec. 1 opening.

The realty group, which boasts a team of 22 agents, was established in Dansville in 2015 and opened the Lakeville office in 2017, in an office near Original Stump Blower, on Rt. 20A. But, according to Associate Broker/Owner Robbin Smith, “we had sort of outgrown that space, and we were looking for something with a little more visibility…when the owner of this building called us to list it, I decided it was exactly what we were looking for….so here we are!”

The building at 31 Main St. is being totally refurbished inside and out by Goodell Properties, located on Bronson Hill Rd. The Livonia office houses several agents, including Robbin, who also maintains an Empire Realty Group office on Milton St., in Dansville. “Unlike most agents in this area who only are associated with the Greater Rochester Associations of Realtors, we are members of both the Rochester Multiple Listing service organization and the Corning-Elmira Association of Realtors.  As members of both MLS services, Empire Realty Group is able to provide their clients extended market visibility for the listing of a residential or commercial property as well as extended search areas for clients looking to purchase a property. “Our team’s presence in both the Rochester and Southern Tier real estate markets and our commitment to working as a team to help all our clients through their respective transactions differentiates us from the typical ‘big box’ realty groups,” noted Smith.

Robbin and her team also believe it is important to buy locally, support local contractors and give back to their communities. Robbin and Bob have made significant personal investment with the renovations of their main street offices, which were both previously abandon storefronts.  Empire’s team also has proudly sponsored an annual golf tournament the past five years with all proceeds going to the Foundation for Noyes Health. They also support the Community Answers Needs Network (C.A.N.N) with an annual “Stuff the Bus with Toys” campaign, the Salvation Army during the seasonal “Ring the Bell,” and various other endeavors with their membership and involvement with the local Chamber and Rotary Clubs. This year the team also conducted a Thanksgiving Turkey Trot fund raiser, spearheaded by Dansville Agent Bridgett Hoag, with all proceeds designated for the renovations of the 3rd floor patient rooms at Noyes Hospital in memory of Jon Shay.

The Livonia office will have a “soft” opening in December, but is planning a grand opening for February.