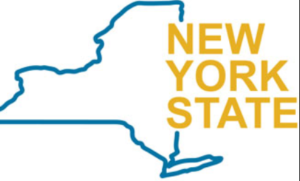 A huge outflow of residents from New York City accounted for nearly all of New York State’s record single-year population loss following the Covid-19 outbreak, according to annual estimates released today by the U.S. Census Bureau.

During the 12-month period ending July 1, 2021, the city’s population dropped by 305,665 people, or 3.5 percent, erasing nearly half of its 629,057 increase in population over the previous decade, as counted by the decennial census of 2020. During the same period, the Census Bureau estimated the total population of New York’s other 57 counties decreased by 13,555 people. This followed a combined gain of 194,040 people, or 1.7 percent, in the population outside New York City between 2010 and 2020.

Including the five boroughs of New York City, the Census Bureau estimated that 41 Empire State counties experienced population declines in 2020-21, while 21 counties grew, as further detailed in the map below.

Noteworthy population trends during the 12-month period included the following:

New York City’s decline last year was driven mainly by a net domestic migration outflow of 342,449 people, more than triple its annual average domestic migration losses from 2010 to 2020. Slightly offsetting that decline was a small “natural increase” of 29,000 — since, even during the pandemic, births slightly outnumbered deaths. The city also gained 12,695 immigrants during this period — a tiny number, by historical standards.

However, the net domestic outflow from the rest of the state was just 9,736 people, less than one-fifth the prior decade average of 54,000 a year. The Census Bureau estimates do not track migrants by county or state of origin, but it’s safe to surmise that most of the gain in the rest of the state consisted of emigres from New York City.

During the previous decade, only two New York counties — Saratoga and Ontario — consistently gained more migrants than they lost to other counties and states. But from mid-2020 to mid-2021, the new estimates show that 30 of the 57 counties outside New York City experienced net migration inflows. On a percentage basis, the largest migration flows went into the mid-Hudson Valley and Catskills north of New York City.