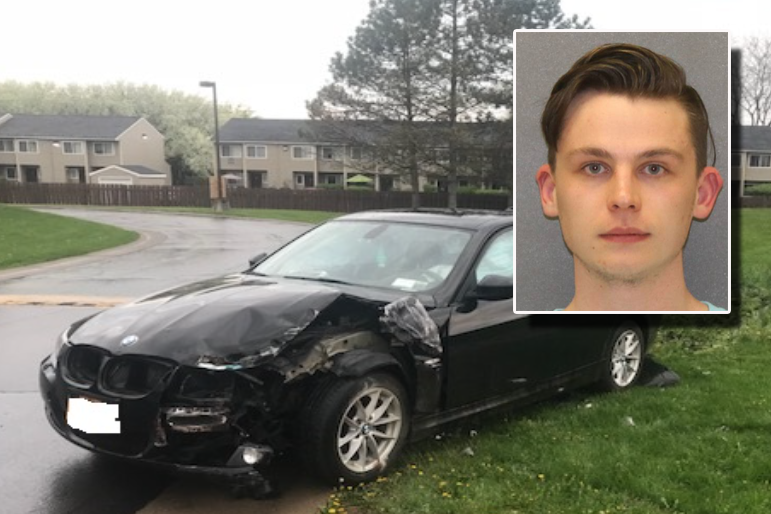 GENESEO — It’s going to be a tough walk across the stage this weekend for a SUNY Geneseo student after being charged with an early morning DWI Thursday.

According to a press release from Geneseo Police Chief Eric Osganian, Ian Stewart, 21 was charged with DWI and speeding-unreasonable and prudent after his BMW crashed into a building on Hillside drive at 6:45 a.m. on Thursday. Stewart told authorities that he is scheduled to graduate from SUNY Geneseo this weekend.

Stewart declined to to take a breathalyzer test at the scene. This is not Stewart’s first brush with the law. In March of 2016 he was charged with marijuana possession for being present during a Livingston County Drug Task Force Raid in Geneseo.