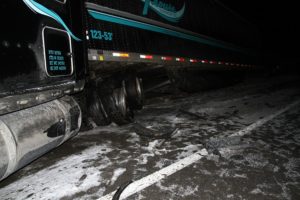 LEICESTER – A woman was thrown from her vehicle in an accident with a tractor trailer near the Mount Morris entrance to Letchworth State Park late Thursday night.

According to New York State Trooper Craig Bianchi, the driver of an SUV was northbound in the southbound lane of Mount Morris Road in the area of Park Road when she collided with a tractor trailer at about 11 p.m.

“She was ejected and sustained injuries to the head, facial injuries and an arm injury,” said Bianchi. “She was intoxicated. We could smell alcohol on her and there were empty beer bottles in the vehicle.”

“The truck driver obviously tried to get out of the way as much as possible,” said Bianchi. “She struck his driver’s side fuel tank, scraped the side of his trailer, struck his back wheels, dislodging the rear wheels from the trailer, ran off the road into a fence and was ejected.”

State Police are investigating the accident with the help of the Livingston County Sheriff’s Office. Mount Morris Police and New York State Park Police responded to the scene and assisted.

Multiple local fire departments including Leicester and Cuylerville responded to the scene.

Mount Morris Road was closed for nearly two hours as emergency personnel worked on the scene. 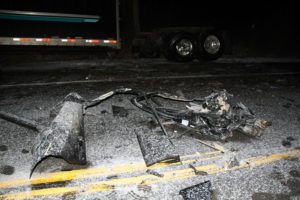 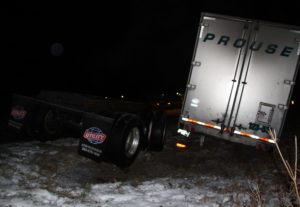 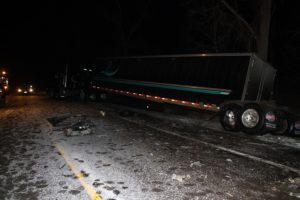 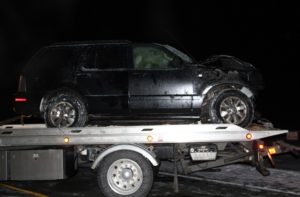 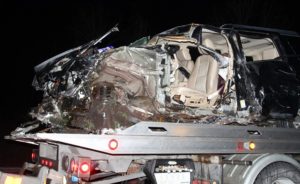