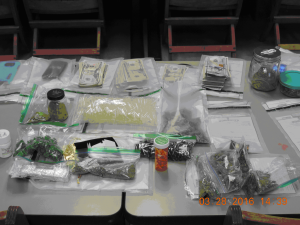 GENESEO – The Livingston County Drug Task Force arrested three young men following an investigation into illegal drugs in the Village of Geneseo, sending one to jail for a high-level drug charge.

According to a press release from the Livingston County Drug Task Force, Thomas Troge, 21 of Oyster Bay, New York, was arrested by the Geneseo Police Department for felony Criminal Possession of a Controlled Substance in the Third Degree. Police charged two other students who were present at the time that the warrant was executed but did not live at the apartment with Unlawful Possession of Marijuana, a violation.

“The investigation focused on Troge, the resident at the Center Street address,” said Geneseo Police Chief Eric Osganian. “The other two subjects were present at the time of the execution of the search warrant but do not live there.”

On March 28, the Livingston County Drug Task Force executed a search warrant at an address on Center Street. The search warrant was based on tips to law enforcement and a subsequent investigation into drug trafficking at the location. Police seized over $2,800 cash along with adderall, xanax, marijuana, hashish, THC capsules, and numerous THC-infused food items including candy and gummies.

Lazatin and Stewart were issued appearance tickets and will appear in court at a later date. 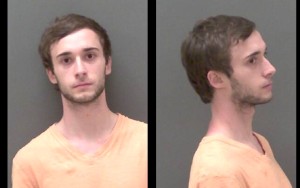