According to a press release from the Drug Task Force, Sean Johnston, 49, was arrested for Criminal Sale of a Controlled Substance in the Third Degree, which is a high-level drug felony.

Johnston was turned over to Central Booking Deputies for processing and to be held for arraignment in Livingston County Court.

The Drug Task Force asks anyone with information regarding the sale of illegal drugs in Livingston County to report it by calling (585)243-7100, or you can leave a tip at www.livingstoncounty.us/sheriff by clicking ‘TAKE ACTION, TIP LINE.’ You may remain anonymous if you wish. 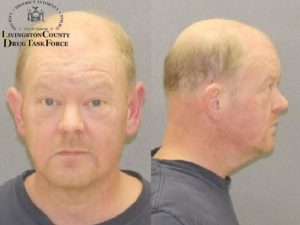