The Drug Task Force investigated a report of a 19 year old selling crack in Caledonia. On Jan. 26, 2018, the Caledonia Police Department arrested Williams.

The press release said that Williams is alleged to have sold crack cocaine in the Caledonia area on several occasions.

The press release said that more charges are possible.

The Drug Task Force says that Williams was with Joshua Hollenbeck, 30, of Rochester, when he was arrested. Caledonia Police found a small amount of marijuana in Hollenbeck’s possession and charged him with Unlawful Possession of Marihuana, which is a violation.

“If you have information regarding the sale of illegal drugs in Livingston County, please be our partner in combating these dealers by providing us valuable information at the Sheriff’s Office phone line 243-7100 or you can leave a tip at www.livingstoncounty.us/sheriff under the TAKE ACTION, TIP LINE,” said the press release. “You may remain anonymous if you wish.” 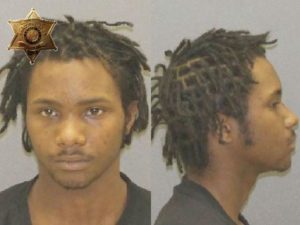