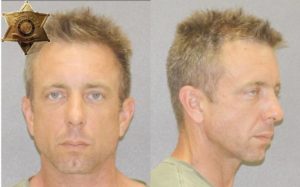 GENESEO – The Livingston County Sheriff’s Office arrested a Spry, NY man after he was found unconscious at the wheel of his car and was transported to the hospital.

Deputies were dispatched to a roadway off of Route 63 in the Town of Geneseo on Friday July 8 for the report of a man passed out behind the wheel.

Deputy Martin Herkimer arrived on scene and met with the subject in question. The Deputy Sheriff allegedly saw a hypodermic instrument on the man’s lap and later found suboxone in the man’s possession.

Valenti awakened after Deputies shook him a few times. An ambulance arrived on scene and transported Valenti to a hospital for evaluation.

Upon his release from the hospital, Valenti was charged.

Valenti was evaluated by Deputy Brandon Flickner, a certified Drug Recognition Expert, and it was his expert opinion that Valenti was under the influence of narcotic analgesic and was unable to safely operate a motor vehicle.

Valenti was transported to Central Booking at the Livingston County Jail for processing and held in pre-arraignment detention.