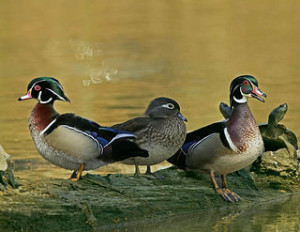 CONESUS — The Department of Environmental Conservation (DEC) says that this year’s extreme drought might make for a hard duck hunting season on Conesus Lake.

According to a press release from the DEC, the drought that began in late spring has caused western New York’s wetlands to lose substantial water, and in some cases to dry up completely.

“In Livingston County, Conesus Inlet Wildlife Management Area water levels are lower than normal, but none of the impoundments went dry,” said the DEC in their press release. “Depending on rainfall leading up to the season opener, canoe access in the main impoundment may be more difficult due to lower water levels.”

“Water levels are expected to be well below normal for much of the waterfowl season,” said the DEC in their release. “Food for ducks in these areas exists in the form of seeds from moist soil annual plants in the WMA wetlands, but in many cases more water is needed to shallowly re-flood these areas to make the food accessible to ducks. However, there are some excellent shallow water marsh areas on the WMAs with abundant food resources providing excellent habitat for ducks.”

One of the drought’s most significant impacts will be to hunters who usually access marshes by boat. The low waters may make it impossible to float a boat and will require wading to access the more remote locations.