LIVONIA – The Livingston County Sheriff’s Office arrested a Livonia woman on felony charges for allegedly driving off with someone else’s car, which contained a handgun.

According to a press release from Livingston County Sheriff Thomas Dougherty, Sharry Habberfield, 53, was arrested for two counts of Grand Larceny in the Fourth Degree and one count of Criminal Possession of a Weapon in the Second Degree.

The Sheriff reports that on Dec. 18, Deputy Jason Butterbrodt responded to a residence in the Town of Livonia for the report of a stolen vehicle. The vehicle owner said that his 2012 Chevy Equinox had been stolen, and named Habberfield as the suspect. The owner said that the vehicle had contained a .45 caliber pistol when it was taken.

The Sheriff’s Office sent out alerts to law enforcement agencies to be on the lookout for Habberfield and the stolen vehicle, and gave an officer safety advisory because a gun was believed to be involved.

On Dec. 19 at approximately 3:30 p.m., officers from the Greece Police Department located Habberfield driving the vehicle on Dewey Ave. The handgun was also located in the vehicle.

Deputy Nick Greco and Deputy Scott Patterson from the Sheriff’s Office Forensic Identification Unit responded to Greece to tech the vehicle and to arrest Habberfield. 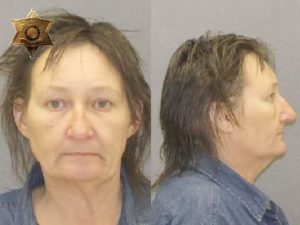