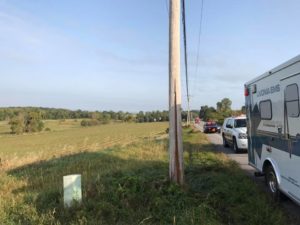 According to a press release from Livingston County Sheriff Thomas Dougherty, Cristina Vanvolkenburg, 23, was arrested for Criminal Possession of a Controlled Substance in the Seventh Degree, which is a misdemeanor.

On Sept. 21 at approximately 8:20 a.m., the Sheriff’s Office responded to South Livonia Road in the Town of Livonia for a one car rollover crash. Deputy Sheriffs arrived on scene and determined that Vanvolkenburg was operating the vehicle and was the vehicle’s only occupant.

The preliminary investigation revealed and alleges that Vanvolkenburg fell asleep at the wheel and left the roadway, causing the vehicle to roll over. Livonia Fire, Livonia EMS and Livingston County EMS were on scene to check Vanvolkenburg but she was not injured.

Investigators found that Vanvolkenburg was not under the influence of drugs or alcohol but allege that she was in possession of pills including Alprazolam but without the appropriate prescription.

Vanvolkenburg was turned over to Central Booking Deputies at the Livingston County Jail for processing and will appear in Livonia Court at a later date. 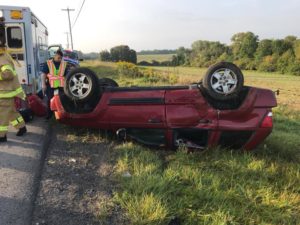