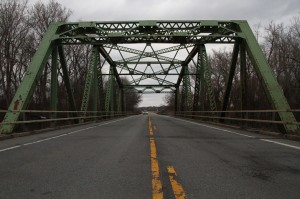 GENESEO — New York State Department Of Transportation (NYSDOT) will keep the bridge on Rte. 63 open while a new bridge is built 65 feet south of it.

NYSDOT finalized their plans, reaching out to local community members and regularly updating the Geneseo Village Board.

“They plan to build a roundabout at the bottom of Court Street,” said Mayor Richard Hatheway. “That will increase the safety and not disrupt traffic.”

NYSDOT will have to purchase additional property for this to happen.

They plan to start construction Spring 2018 and it should take three years to complete.

Hatheway said in a November 2016 Village Board meeting that the new bridge is going to be about 100 feet longer than the current one and 40 feet in width.

He added at that meeting that the intersection of Court Street and Rte. 63 has seen multiple accidents and a traffic calming device is needed.

“The posted speed is 45 as you approach the bridge but most people do 60,” said Hatheway. “We were also told that 6,000 vehicles a day use the bridge, 40 percent of which are trucks.”

The current bridge was built in 1960 on the outer edge of the meandering Genesee River, which is contributing to stability issues. 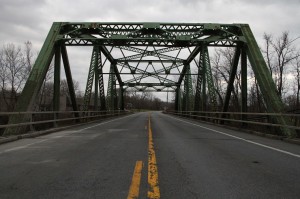