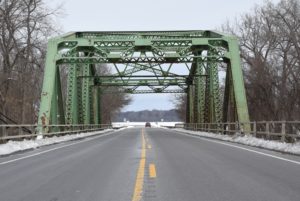 GENESEO – The New York State Department of Transportation is inviting the public to an ‘open house’ to talk particulars on the bridge replacement and roundabout project on Rte. 63 in Geneseo.

According to a press release from the New York State Department of Transportation, an ‘open house’ style public meeting is scheduled for Tuesday, March 13, from 4 p.m. to 7 p.m. at the Livingston County Government Center at 6 Court Street, Geneseo.

NYSDOT proposes to replace the existing two-lane bridge with a ‘modern structure.’ The project also includes the construction of a ‘modern roundabout’ with three access points at Rte. 63 and Court Street. This new configuration is designed to help reduce the potential for severe crashes at the intersection and reduce speeds to benefit motorists, pedestrians, and bicyclists along the northwest corner of the SUNY Geneseo campus.

The new bridge is going to be about 100 feet longer than the current one and 40 feet in width. DOT said in December 2017 that they plan to start construction Spring 2018 and it should take three years to complete.

The information session will be an ‘open house’ format at the Livingston County Government Center at 6 Court Street in Geneseo. Interested individuals may arrive at any time during the session to discuss the proposal with NYSDOT representatives directly involved in the project design.

The new bridge will be constructed directly to the west of the current bridge, which allows 63 to remain open to traffic during construction.

Anyone looking for further information, a sign language interpreter or an assistive listening system is asked to contact Colleen Williams, Public Involvement Coordinator at (585) 272-3363 or Colleen.Williams@dot.ny.gov. 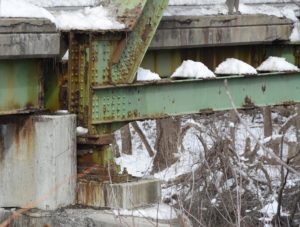