GROVELAND – A pet dog is unaccounted for after a house fire on Flats Road late Friday morning.

According to New York State Police, one of their troopers was the first emergency personnel to the scene and found the structure fully involved in fire with a door open.

The residents say that their dog was home alone at the time of the fire.

The running theory is that the dog escaped from the burning house and is still outside.

According to first responders at the scene, the original emergency call went out at about 10:40 a.m.

Heavy smoke filled the area for over an hour. Because the structure of the house was compromised and collapsing, firefighters were extremely cautious of entering it. Emergency calls at 2:41 p.m. and 4:52 p.m. reported that the fire had rekindled, and firefighters again responded.

The house is considered a total loss.

The Livingston County Office of Emergency Management is investigating the cause.

Continue to follow the GeneseeSun.com as the investigation continues. 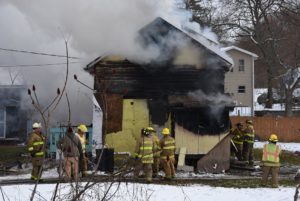 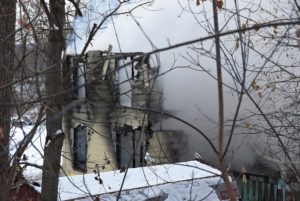 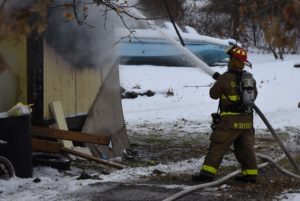