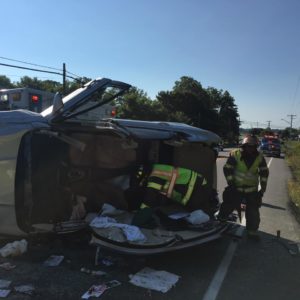 LIVONIA – The Livingston County Sheriff’s Office says that the driver of the car that rolled on South Livonia Road Tuesday morning may have been distracted.

According to Livingston County Sheriff Thomas Dougherty, the preliminary investigation suggests that the vehicle’s GPS distracted the driver.

The accident reportedly trapped multiple people inside a vehicle on South Livonia Road at Vanzandt Road. First responders reported a vehicle on its side and one person trapped.

Livonia’s Engine Crew 256 and 254 had to stabilize the vehicle and set up the jaws of life.

Lakeville Engine crew assisted Livonia Crews in removing the roof from the car to extricated the patient.

Livonia EMS and ALS transported one patient to Strong Hospital. 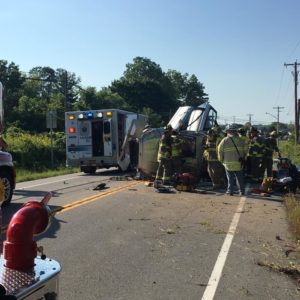