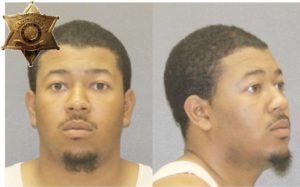 AVON – The Livingston County Sheriff’s Office arrested a Rochester man for allegedly possessing cocaine and marijuana on 390 on Saturday.

According to a press release from Sheriff Thomas Dougherty, advises the arrest of Jason Bost II, 28, was arrested for Criminal Possession of a Controlled Substance in the Seventh Degree and Unlawful Possession Of Marihuana, a violation.

Deputy Connor Sanford, assigned to the Sheriff’s STOP-DWI Unit, was working Operation Safe Interstate when he did stop a car for an alleged vehicle and traffic violation on I-390.

The Deputy discovered that Bost had what is believed to be cocaine and marijuana.

Bost was placed into custody and turned over to Central Booking at the Livingston County Jail.

Bost was processed and held on pre-arraignment detention. Bost was arraigned on May 29th and released on his own recognizance by Justice Mike Torregiano in Avon Town Court.