AVON – The Livingston County Sheriff’s Office arrested an Avon resident on a felony charge for allegedly possessing a gram of cocaine on 390.

According to a press release from Livingston County Sheriff Thomas Dougherty, Kevin Houck, 34, was arrested for felony Criminal Possession of a Controlled Substance in the Fifth Degree.

On Dec. 2, 2017 at approximately 10:50 p.m.  Deputy Whitford was again assigned to the Operation Safe Interstate Initiative and stopped a vehicle for a Vehicle and Traffic Law violation on Interstate 390 in the Town of Avon.  The driver of the vehicle, 34 year old  from Avon, was found to be operating with a suspended driver’s license for a D.W.I. conviction and failing to pay a driver’s assessment fee in 2016.

Houck was arrested for Aggravated Unlicensed Operation 2nd.  Subsequent to his arrest, Houck was found to be in possession of marijuana as well as over one gram of cocaine.

Kevin Houck was turned over to Central Booking Deputies at the Livingston County Jail for processing and pre-arraignment detention.

Houck was later arraigned in the Town of Avon Court before Justice Michael Torregiano, who remanded him to the custody of the Sheriff on $5,000 cash or $10,000 bond. 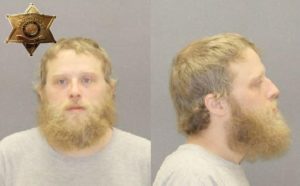