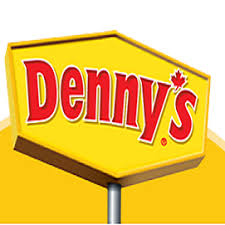 As many as 15 Denny’s Restaurants within New York State have closed their doors for good according to various reports about the franchise operation.  This includes the one that used to operate in Geneseo.

Much of the information comes from reports filed with the NYS Department of Labor which confirms seven of the restaurants permanently closed are from the Central New York area.  This will result in approximatley employees being adversely affected.

While some critics are blaming NY’s unemphatic response to local businesses the official reason is  “unforeseeable business circumstances prompted by Covid-19.”

All Denny’s restaurants all have been closed since March 20, according to the Labor Department notice. The workers were laid off March 17, the day after Gov. Andrew Cuomo ordered a shutdown of all restaurants for on-premises dining.

The Denny’s restaurant off Route 96 in Victor, Ontario County has a note taped to the door of the diner which says in part, “It is of sincerest regret to inform you that Denny’s of Victor is unfortunately closed permanently. We could not be more thankful for the opportunity to serve the wonderful people of Victor over the years.”