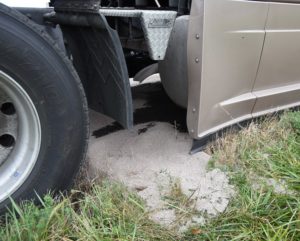 GENESEO – A deer started a chain of events that ended with over 100 gallons of fuel spilled on and around 390 between Exits 8 and 9.

According to Livingston County Sheriff Thomas Dougherty, a tractor trailer was on 390 north when it swerved to avoid a deer, hitting a guardrail and throwing debris into the road.

A second tractor trailer struck the debris, which pierced its passenger side tire and the fuel tank.

Fuel spilled onto the road for hundreds of feet as the truck came to a stop. Fuel also soaked into surrounding soil.

The New York State Department of Environmental Conservation is at the scene with the Livingston County Sheriff’s Office.

Dougherty said that the right lane of 390 north is expected to be closed for several more hours.

At the scene, reporters saw no perceptible traffic delay as a result of the lane closure. 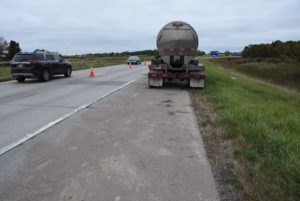 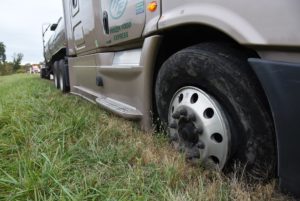 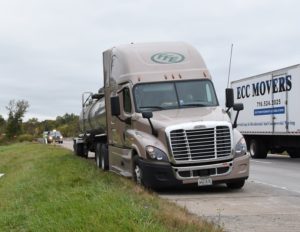