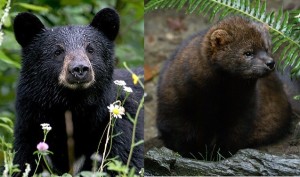 According to a press release from the DEC, proposed rule changes for deer and bear hunters are intended to increase opportunities for junior hunters to take bears and clarify when special season tags may be used by bow and muzzleloader hunters. The DEC is also proposing a fisher trapping season in select Wildlife Management Units (WMU’s) in Central and Western New York.

“These proposals are a result of our science-based management approaches combined with substantial feedback from hunters and trappers,” said Acting DEC Commissioner Basil Seggos. “We continue to focus efforts to provide more hunting and trapping opportunities in the state, and these proposed regulatory changes balance our management goals with public interests of hunters and trappers from across the state.”

“The youth hunt for deer has been popular for many families in New York, but junior hunters were limited to deer and couldn’t take a bear if given the chance that weekend,” said Seggos. “We’d like to see this changed to allow junior hunters and their mentors to harvest a bear if they so choose.”

The New York State Fisher Management Plan was completed in December 2015 and formed the basis for regulatory changes to provide sustainable fisher harvest opportunities in many areas of the state. The original regulatory proposal to implement these changes was published in March 2015. Based on the comments received on the plan and the proposed regulations, the department revised the proposed regulations, which are now available for review and public comment.

Comments on the plan and the original regulatory proposal expressed concerns about the extent of the proposed season reduction in the Adirondacks and the timing of that season, as well as the use of a bag limit in units that were proposed to be open to trapping in Central and Western New York. A fundamental part of the plan is that fisher populations can generally sustain annual harvest rates of approximately 20 percent. The revisions made in the final plan and proposed regulations for the Adirondacks and Central/Western New York will allow managers to accommodate trappers’ desires while meeting biological objectives for a sustainable harvest. Therefore, DEC is proposing the following adjustment to current fisher trapping regulations, beginning in fall 2016:

· Reduce the fisher trapping season from 46 days to 30 days in selected Adirondack WMUs in Northern New York, where harvests may be exceeding 20 percent and populations have declined in recent years, with a season start date of Nov. 1.

· Establish a limited six-day open trapping season in selected WMUs in Central/Western New York to provide new opportunities for sustainable use of this natural resource. There is no bag limit (same as in areas that have been open for decades). Surveys by DEC staff in collaboration with researchers at Cornell University used trail cameras at more than 600 locations to document that fishers are now well-established throughout the southernmost WMUs in this region.

The proposed changes to trapping regulations would remain in effect for at least three years and then be evaluated to determine if additional changes are warranted. No changes are proposed for Southeastern New York at this time because the current regulations provide ample trapping opportunities and populations are stable or increasing.

In addition to changes in the fisher season, minor modifications are proposed to general trapping regulations because current wording has led to confusion among both trappers and law enforcement personnel, complicating compliance and enforcement.

Because this is a revision of a regulatory proposal that was originally released for public comment in 2015, the comment period is 30 days rather than the usual 45 days.

For more detailed explanations of these proposals and for instructions on submitting comments, go to DEC’s website here.

Comments on the proposed deer and bear hunting regulations must be received by June 25, 2016.

Comments on the proposed fisher and general trapping regulations must be received by June 10, 2016.