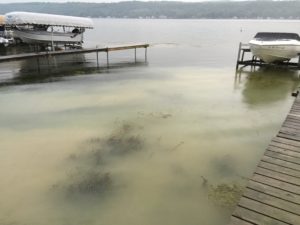 CONESUS – The Conesus Inn reconstruction project which was stopped in August for failing to build to approved plans is now cited for a runoff violation in constructing its parking lot.

The NYS Department of Environmental Conservation issued a warning on June 10, 2016 that they were aware of a violation and told Carl Myers Enterprises Inc. to take specific corrective actions. On Sept. 15, the DEC cited Carl Myers Inc. with a Notice of Violation for disturbing over an acre of land without a Stormwater Pollution Prevention Plan (SWPPP).

“This situation along with the changes to the design of the restaurant building after final site and zoning approvals are further evidence of the developers’ lack of commitment to Conesus Lake and the surrounding community,” said Tom Bruckel, neighbor to the project.

During the summer’s modest rains, large amounts of sediment has washed from the construction site into the lake, concerning residents. The DEC’s citation says that the lack of erosion control constitutes both erosion and water quality violations.

The project’s future is unclear. NYS Supreme Court Justice John Ark ordered that construction stop in August, and it has not continued since. The immediate neighbors to the project have fought construction since it became obvious that construction was larger than the original plans. Bruckel said that the project can still be stopped by the Conesus Zoning Board of Appeals or Planning Board, or Justice Ark could issue further orders.

The neighbors’ online petition to stop the project, available here, has garnered 395 signatures toward their goal of 1,000.

“This whole project is offensive to the residents of Conesus Lake,” said Bruckel. 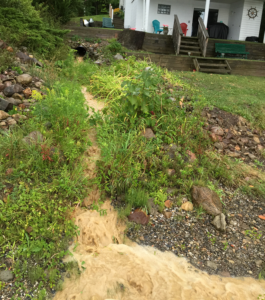 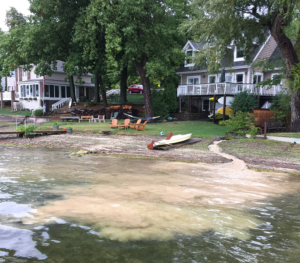