According to a press release from the DEC, ECO Brian Wade followed up on several deer season violations from the 2016 season.

On March 18 and 19, ECO Wade’s first investigation resulted in an individual being issued a ticket for using his girlfriend’s tag to take whitetail buck.

The second investigation resulted in violations of two illegal deer being killed in the town of Mount Morris along with several tagging violations.

The third investigation resulted in three people being issued eight tickets for three illegal deer and tagging violations in the towns of Livonia and Mount Morris. 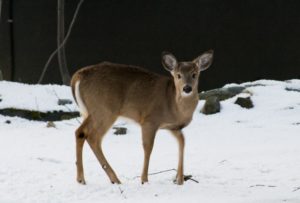