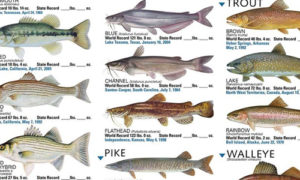 Greenidge Generation has until Friday, September 30, to meet the New York Department of Environmental Conservation (DEC) deadline to make installations intended to protect Seneca Lake’s fish from being sucked up and blended by the operation’s water intake pipes. If Greenidge fails to meet this deadline, it will be out of compliance with its State Pollutant Discharge Elimination System (SPDES) permit after already having its air permit renewal denied in June. Meanwhile, Greenidge’s stock has tanked more than 800% since the beginning of this year, currently at about $2/share.

“As its stock price plummets, Greenidge is desperate to leach as much money as possible out of the Finger Lakes. They’ve had five years to comply with the law. Still, instead, this corporate bully has chosen to kill our fish, pollute our air, and threaten our $3 billion, 68,000-job agritourism economy to make a few rich people richer,” said Yvonne Taylor, vice president of Seneca Lake Guardian. “With one permit already denied, and another soon to be out of compliance, Greenidge has to shut down for good. And Governor Hochul must sign the crypto mining moratorium to keep these predatory speculators from exploiting more New Yorkers.”

Because Greenidge burns fracked gas 24/7/365 to mine Bitcoin, the wedge wire screens that the facility neglects installing aren’t even the best technology available, earlier this month, Earthjustice sent a letter to the EPA requesting the agency intervene in the NYSDEC’s SPDES permit renewal because the screens required by the DEC were determined based on studies completed in 2010 before Greenidge started mining Bitcoin. These screens would only be 77% effective, but 100% effective technology (closed-cycle cooling) exists. Regardless, Greenidge is not taking any meaningful steps to protect the lake.

While Greenidge wreaks havoc on the Finger Lakes, it’s making a significant push to beat the buzzer and boost revenue. Gothamist recently reported that:

“The company has added about 10,000 computers and mined about 300 bitcoins in July alone, which would be worth more than $6 million. Their hash rates, a unit of how much power the bitcoin network uses, increased by nearly 70% over the last four months. The trend means that even amid this year’s dramatic drop in cryptocurrency prices, Greenidge Generation is on track to have its best year ever – if it can stay open.”

Proof-of-work cryptocurrency mining is an extremely energy-intensive process that threatens the ability of governments’ ability to reduce our dependence on climate-warming fossil fuels. Mining requires thousands of machines whirring 24/7 to solve complex equations. The more machines that are running, the faster a coin is mined. Each one of these machines requires energy to run, plus more energy for cooling. According to a new Guidebook from Earthjustice and the Sierra Club, from July 2021-22, Bitcoin mining in the U.S. alone consumed as much electricity as four states combined, emitting as much as 6 million cars annually. The White House’s Office of Science and Technology Policy recently published a groundbreaking report that confirms proof-of-work cryptomining is incompatible with federal and local emissions reductions goals and groundbreaking report that confirms proof-of-work crypto mining is incompatible with national and local emissions reductions goals and it cannot continue unabated.

Cryptocurrency mining facilities are significant emitters of air pollutants. And when cryptocurrency miners rely on the public grid, they can stick everyday people with the bill. A 2021 study estimates that “the power demands of cryptocurrency mining operations in upstate New York push up annual electric bills by about $165 million for small businesses and $79 million for individuals.” Powering Bitcoin mining with renewables is not a viable solution, as renewables supply cannot possibly meet the extreme energy demands of Bitcoin mining in addition to daily necessities such as heating and cooling homes and running cars. Any renewable energy that supports Bitcoin mining is renewable energy that is being diverted from the public grid.

On June 30, after more than a year of advocacy by residents, business owners, winemakers, environmental activists, and elected officials, the New York State Department of Environmental Conservation (DEC) denied Greenidge Generation a renewal of its Title V Air Permit. Greenidge has been operating as a 24/7 proof-of-work cryptocurrency mining facility for Bitcoin under grandfathered permits for another usage.

Located on the shores of Seneca Lake, Greenidge is a once-mothballed power plant that was converted into a bitcoin mine by the private equity firm that owns it. The plant has brought only 48 new jobs to the region compared to the current $3 billion agritourism economy, employing approximately 60,000 people while poisoning the Finger Lakes’ natural resources. With over 17,000 Bitcoin machines and plans to expand to 32,500, if permitted to continue operating and growing, Greenidge would emit over one million tons of CO2 each year, equivalent to that of 100,000 homes. Greenidge also sucks 139 million gallons of water each day from Seneca Lake and dumps it back in at up to 108 degrees, risking toxic algal blooms that would make this water source for 100,000 people non-potable.

Greenidge is just the beginning, and advocates are urging Governor Hochul to put a statewide moratorium on proof-of-work crypto mining. New York hosts a significant portion of the U.S.’s Bitcoin mining to the detriment of small businesses, local economies, the environment, and the climate.

At a recent Environmental Conservation budget hearing, when asked about the potential impact of the escalating cryptocurrency mining activity in upstate NY on the states energy grid, the NYS Energy Research and Development Authority (NYSERDA) President Doreen Harris stated, “There could be a very significant impact on NY load resulting from cryptocurrency mining depending on the penetration of the resource.”

Cryptomining is also at odds with the overwhelmingly popular amendment to the state constitution passed last year, which guarantees every New Yorker the right to clean air, clean water, and a healthful environment. Revitalizing old polluting power plants for private financial gain, with drastic consequences for our air, water, and climate, all while causing vast amounts of noise pollution, is now unconstitutional – and should be treated as such.

More than 1,000 organizations, businesses, environmental activists, concerned residents, winemakers, elected officials, and more have taken action in opposition to crypto mining in New York State. More than 650 individuals and groups signed a letter sent to Governor Hochul in October. In letters to Governor Cuomo, last year opposing Greenidge Generation’s expansion from an emergency peaker plant to a 24/7 Bitcoin mining operation, organizations, businesses, and Finger Lakes residents demanded Gov. Cuomo revoke Greenidge’s permits due to its massive greenhouse gas emissions, poisoning of the Finger Lakes, and noise pollution, with no economic benefit to the community. Greenidge Generation is still operating in Dresden, NY under grandfathered-in permits granted for use as a peaker plant, not 24/7 Bitcoin mining. Greenidge has applied for an air permit renewal and is awaiting a decision from the Department of Environmental Conservation. Similar fights have occurred in Plattsburgh and Niagara Falls, which resulted in local moratoriums.

Seneca Lake Guardian is a New York State Not-for-Profit Corporation with 501(c)(3) and is dedicated to preserving and protecting the health of the Finger Lakes, its residents and visitors, its rural community character, and its agricultural and tourist related businesses through public education, citizen participation, engagement with decision makers, and networking with like-minded organizations.