According to a press release from the New York State Department of Environmental Conservation, the 2017 hunting seasons in New York had 19 hunting-related shooting incidents, the second-fewest on record.

“The tradition of hunting is enjoyed by more than 500,000 New Yorkers each year, and the declining number of incidents show that today’s generation of hunters may be the most safety conscious,” said DEC Commissioner Basil Seggos. “Thanks to the efforts of 2,600 DEC staff and volunteer hunter education program instructors that teach nearly 50,000 students each year, New York’s hunting safety statistics continue to improve.”

Of the 19 shooting incidents that occurred last year, 14 were two-party firearm incidents, five were self-inflicted, and one resulted in a fatality that DEC believes could have been prevented if hunting laws and common sense were followed.

Of the two-party shootings, 11 of the victims (79 percent) were not wearing hunter orange. Incidents involving two or more individuals stress the importance of identifying the target and what lies beyond, a major tenet of DEC’s hunter safety courses.

In 11 of the 19 incidents (59 percent), a violation of hunting laws or regulations occurred.

“Although we’ve seen the lowest number of hunting-related incidents on record over the last five years, we continue to urge hunters to follow the laws and basic rules of hunting safety,” said Seggos. “We encourage hunters to wear hunter orange and be sure, beyond a doubt, of their target.”

In 2017, Seggos directed the DEC to begin track tree stand injuries for the first time. DEC recorded 12 incidents statewide for 2017.

In 2017, Seggos requested the agency’s Environmental Conservation Police Officers (ECOs) to track and investigate tree stand injuries for the first time. While figures are from preliminary reports, they may not capture all tree stand incidents that occurred statewide in New York.

Of the 12 incidents reported and investigated, six proved to be fatal, a number commensurate with other states that track these statistics.

“Tree stand incidents are becoming a major cause of hunting-related injuries across the country,” said Seggos. “In New York, tree stand safety has become a regular part of the hunter education course required of first time hunters and we stress for hunters to follow specific tree stand rules to avoid life-threatening injuries.”

Investigations revealed that in 75 percent of the incidents, hunters were not wearing any kind of full-body harness to secure them in their stand. Used correctly, a harness keeps the hunter connected from the time they leave the ground to the moment they get back down.

Many, if not all incidents could be prevented if hunters follow a few basic tips:

Use and properly adjust a full-body harness
Use a safety belt or lifeline when climbing
Check your stand every year and replace any worn parts
Have a plan and let others know where you will be hunting
Use a haul line to raise and lower your equipment (unloaded firearm, bow, or crossbow)
For more information, including the 2017 Hunting Safety Statistics and the 2017 Tree Stand Safety Statistics, visit the DEC Hunter Education Program page (http://www.dec.ny.gov/outdoor/7860.html).

The press release says that ‘trained volunteer instructors certified by DEC teach safe, responsible, and ethical hunting and trapping practices and the important role of hunters and trappers in wildlife conservation. New York has an extremely safety-conscious generation of hunters and trappers, thanks largely to more than 60 years of dedicated efforts of volunteer Hunter Education Program instructors. All first-time hunters, bowhunters, and trappers must successfully complete a hunter or trapper safety course and pass the final exam before being eligible to purchase a hunting or trapping license. All courses are offered free of charge.’

The DEC encourages hunters to remember that every hunting-related shooting incident is preventable. Many, if not all of these incidents could have been prevented if the people involved had followed the primary rules of hunter safety:

Treat every firearm as if it were loaded
Control the firearm’s muzzle, keep it pointed in a safe direction
Identify your target and what lies beyond
Keep your finger off the trigger until ready to fire
Wear hunter orange 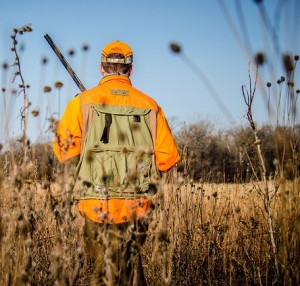