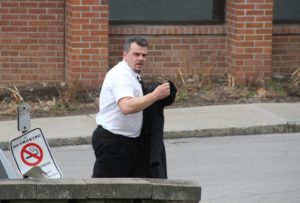 A press release from the Livingston County District Attorney’s Office reiterated that John Lander, 50, pled guilty to felony Criminally Negligent Homicide and agreed to serve 4 months of weekends in jail for shooting and killing his sister in law in a preventable hunting accident.

The DEC recommends that hunters: “treat every firearm as though it is loaded; always keep your muzzle pointed in a safe direction; never point your firearm at anything you don’t wish to kill or destroy; keep your finger off of the trigger and outside of the trigger guard until you make the conscious decision to shoot; be sure of your target and what lies beyond it to prevent shooting something unintentionally.”

At the guilty plea, Lander made it clear that the shooting was accidental.

“I’ve known her since I was 13 years old,” said Lander during his appearance for the guilty plea. “It was a horrifying accident.”

The DA’s Office says that Lander was one of several hunters driving deer on a farm on River Road in Caledonia when one hunter discharged their firearm. The DA’s press release says that Lander ran toward the sound of the gunfire and his shotgun, which did not have its safety on, discharged while pointed over his shoulder, fatally wounding his sister in law, Sharon Lander.

When it came time to admit that he had left the safety off, which was the ‘negligence’ alleged in the case, Lander initially snagged.

“I don’t remember if the safety was off,” said Lander.

“How long have you been a hunter?” asked Assistant District Attorney Josh Tonra. “Should the safety have been on? Is that something that a person would normally do while hunting?”

“38 years,” said Lander. “There’s a good chance the safety was off. As soon as the gun went off I ran to her aid.” 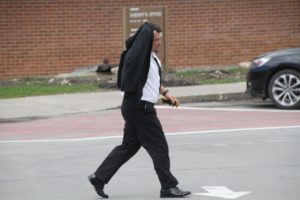 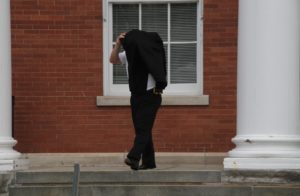