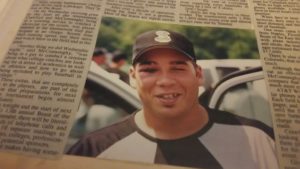 NYLON – A rising star who was shot down by a debilitating disease is asking the community to help him recover.

However, for former All-American Baseball player and single father of two, Peter Koronas, 34, the road to recovery is not just expensive, it covers great distance. To combat the Multiple Sclerosis that puts him in constant pain and prohibits him from standing for more than an hour, Koronas has set his eye far over the horizon, to Mexico or even Russia, for a cutting-edge stem cell procedure.

“It has progressed to that point that I can no longer function on a normal day to day life,” Pete explains. “I am in pain constantly and some days am unable to get out of bed due to severe pain and fatigue.”

Koronas’ story begins in Perry. Born and raised there, his baseball talent immediately blossomed, and he stood out as one of the best young baseball players around.

Once he enrolled Finger Lakes Community College, he immediately started turning heads around the country as a player on the All-American Baseball Team and USA Baseball Team. He was almost drafted for two Major League teams during his baseball career. Then, just as he was truly hitting his stride, his performance dropped off. He received confirmation that he had symptoms attributed to Multiple Sclerosis.

“It’s funny, I don’t know how I made the All-American team my second year, because looking back, that was when my MS symptoms started to develop,” said Koronas. “If anything, my second year at FLCC was my worst season ever.”

Since then, he has created his own organization, ‘A Cure in Sight,’ which works to help individuals with MS. A Cure is in Sight, has put on various fundraising events sponsoring Pete’s own journey towards a life free of MS.

To Pete, the biggest sacrifice he has had to endure due to his MS is his inability to be the father he has always dreamed of being to his two daughters, ages 6 and 4. Every waking hour is a feat, from his overwhelming effort to be an active father for his daughters, to the hour and a half commutes he makes to Strong Memorial Hospital to receive infusion treatments every 28 days.

However, Koronas is sure that an Adult Stem Cell Transplant will get him back on his feet.

“Without this transplant,” said Koronas, “I know that my disease will progress and I possibly could be bedridden and wheelchair-bound by the time I am 40.”

The procedure, known as Hematopoietic Stem Cell Transplant (HSCT), ‘attempts to reboot the immune system, which is responsible for damaging the brain and spinal cord in MS,’ according to the National Multiple Sclerosis Society.

In Pete’s own words, “The cell transplant would harvest stem cells through your blood from your own bone marrow. It would then fuse your stem cells back into your body. They give you a high dose of chemotherapy to rid the entire body of its immune system.”

Pete explained that this treatment is not FDA (Food and Drug Administration) approved, therefore it is not widely accepted by insurance companies in the United States. This has tacked on another obstacle in Pete’s road to recovery, which has made him to look at options elsewhere, including Mexico and Russia, where the expenses are far less but reported to have an equal success rate.

A Cure is in Sight’s next benefit is on Sunday, Aug. 7 from 1 p.m. to 6 p.m. at Nashvilles Music Bar and Restaurant in Henrietta. The benefit will include a southern style chicken and biscuits dinner, bake sale and refreshments provided by Pete’s family and the Nashvilles staff. A DJ booth, karaoke and lip sync battle are only some of the events offered during benefit. Those who wish to attend can purchase tickets at www.acureisinsight.com or can buy tickets at the venue the day of.

Pete and his team accept any and all donations at www.acureisinsight.com. For more information on Multiple Sclerosis, please visit www.nationalmssociety.org. 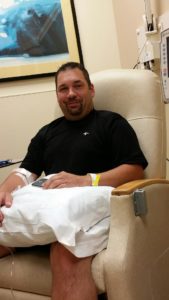 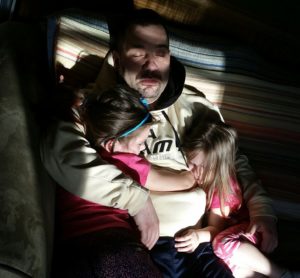