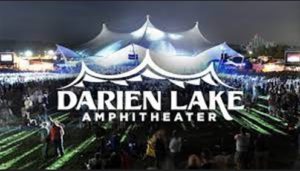 Sheriff William Sheron  reported that reports of a brawl in the parking lot at Darien Lake involving 150-200 people, according to what went over the  police scanner,  were “greatly exaggerated.”

The deputies were called to the Six Flags Darien Lake Amphitheater just before the Pitbull concert start at 8 p.m.  Many of the crowd had been waiting in the parking lot and tailgating when Darien Lake reported on their Facebook page that they were expecting large crowds, so would be opening the parking lot at 3:30 p.m. Shortly before the concert starts at 8 p., Other police agencies were also called, and words went out over the scanner that “150-200 people were fighting in the parking lot. “There were a few scuffles in the parking lot. A handful of fights,” Sheron said. “Everything we cleared out within 30 to 45 minutes and the concert went off with no problems.” State police were called in at 8:43. Mercy Flight was on standby, but never left the grounds.

Witnesses who were attending the concert noted there definitely were several fights, a lot of drinking, and later a huge “mosh” pit in front of the stage, raising concerns for the safety of audience members, as some people were also “crowd surfing.” There were no major arrests or injuries.

Sheron insisted calling deputies from other counties and calling the state police in were simply precautions and that even the presence of the Erie County deputies until the end of the concert was a precaution. “Everything we cleared out within 30 to 45 minutes and the concert went off with no problems,” said Sheron.