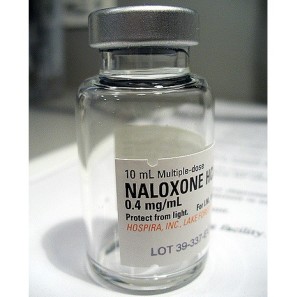 DANSVILLE – A quick response and two doses of Narcan saved the life of a man who is thought to have overdosed on an opiate drug while on a tractor.

According to the Dansville Police Department Facebook page, they responded with the Livingston County Sheriff’s Office and Dansville Ambulance to a residence in the Town of North Dansville on April 28 for a male who had fallen off a tractor and was unresponsive in the yard.

Immediately after arrival, police and EMS began to assist the man’s breathing. The Dansville Police officer, in conjunction with care being given by Dansville EMS, administered a dose of Narcan, which did improve the man’s condition.

First responders administered a second dose of Narcan. Before leaving the scene, the man was reportedly awake, sitting up and breathing on his own.

Narcan, or Naloxone, is an anti-opiate overdose nasal spray which as saved several lives in Livingston County since law enforcement was equipped and trained with it in December 2014.

Free citizen training and instructions are also available to administer the drug.

Livingston County Sheriff’s Office Captain Norman Zeh sent a letter of gratitude to the Dansville Officer for quickly and professionally administering the Narcan.