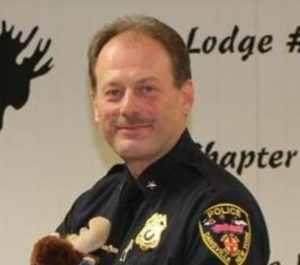 Village of Dansville Police Chief Charles Perkins retired, effective Oct. 1.   Perkins was placed on administrative leave during an Aug. 26 Dansville village board meeting executive session with details as to why that was done kept private, as a personnel issue. According to Mayor Peter Vogt, Perkins will receive his retirement benefits, just as any member of his union would get.  Perkins has served 34 years on the Dansville Police Department, including nearly 21 years as chief.

Since Perkins was placed on administrative leave, Shannon Griese has been the officer in charge for the Village of Dansville.

At a special meeting held Sept. 27, the village board accepted Perkins’ resignation. The board also approved Bonadio Principal Fraud Examiner Tim Ball to assist the Village of Dansville at a cost not to exceed $3,000 to review current policies, procedures and processes surrounding the intake, processing, handling, storage and maintenance of evidence and property within the Department’s possession,” according to a letter dated Sept. 20.   According to Vogt, the Board felt an examination of the evidence
locker’s procedures and maintenance should be reviewed before a new police chief takes over.

The village board has not yet chosen a new police chief but expects to receive applications and resumes for the position in the next few weeks, with a chief to be chosen before the year is over.