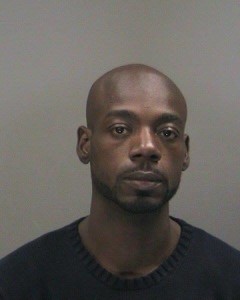 DANSVILLE – The Dansville Police Department arrested a Rochester man on a felony drug charge after a traffic stop on Saturday.

According to a press release from Dansville Police Chief Charlie Perkins, Rodregus Tripp, 38, was arrested for felony Criminal Possession of a Controlled Substance in the Fifth Degree based on the weight of the cocaine, misdemeanor Aggravated Unlicensed Operator in the Third Degree, Unlawful Possession of Marijuana, a violation, and other Vehicle and Traffic Law Violations.

On May 14 at approximately 11:52 p.m., Dansville Police stopped a car in the Village of Dansville for a Vehicle and Traffic Law Violation.

It was found that the driver, Tripp’s, NYS driver’s license was suspended and he also had an active felony warrant out of the Gates Police Department. Tripp was taken into custody. Officers found what is believed to be cocaine and marijuana.

Tripp was transported back to the Dansville Police Department and charged. Dansville Village Justice Joshua Weidman arraigned him and remanded him to the Livingston County Jail without bail due to numerous felony drug convictions.

According to the New York State Department of Corrections, Tripp spent more than 6 years in prison for felony Criminal Possession of a Weapon in the Third Degree.