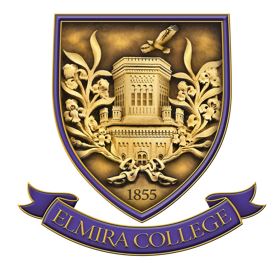 Sabrina Didas, of Dansville, (Women’s Volleyball) was one of 64 Elmira College student-athletes named to the Empire 8 Conference President’s List.

The E8 Conference recognized the Soaring Eagles on its semi-annual President’s List, which honors student-athletes who achieved a grade-point of 3.75 or higher during the fall term.

A total of 655 student-athletes from the E8’s membership were recognized for their excellence in the classroom this past semester with the President’s List distinction, one of most prestigious honors the conference recognizes. Recipients of this honor must earn a 3.75 grade-point average or higher during the semester, while participating in an NCAA-sponsored sport. In addition, the student-athlete must display positive conduct on and off campus and be enrolled full-time at the member institution.

Founded in 1855, Elmira College is a private, residential, liberal arts college offering 30-plus majors, an honors program, 17 academic societies, and 20 Division III varsity teams. Located in the Southern Finger Lakes Region of New York, Elmira’s undergraduate and graduate student population hails from more than 20 states and nine countries. Elmira is a Phi Beta Kappa College and has been ranked a top college, nationally, for student internships. The College is also home to the Center for Mark Twain Studies, one of four historically significant Twain heritage sites in the U.S., which attracts Twain scholars and educators from around the world for research on the famous literary icon. Proud of its history and tradition, the College is committed to the ideals of community service, and intellectual and individual growth.