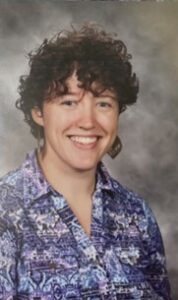 On November 23, 2023, Dansville High School Band Director Mrs. Holly Carson will be joining up to 400 band directors from across the country in New York City in this historical and legendary parade. She will play her primary instrument, the trombone, on the train! Mrs. Carson was one of the selected members from over 700 applications.

The Michael D. Sewell Memorial Foundation was created in 2017 to carry on the legacy of the late Mike Sewell, longtime band director in the Pickerington, Ohio, school system. This Foundation project, named Saluting America’s Band Directors (SABD), was conceived to recognize and salute the extraordinary dedication and accomplishments of band directors everywhere—public and private schools at all levels, colleges and universities, and the military and community bands. An all-volunteer advisory team of professionals in management, marketing, music education, fundraising, and information technology was assembled to plan and execute the initial SABD project: to march in the world-famous Rose Parade. After their performance in 2022, Macy’s requested that the band come back together and play in NYC in 2023!