DANSVILLE – Main Street Dansville will very likely be some kind of stage for the Village’s finest holiday light show.

Kurt Lohrmann is an extraordinary light show talent whose Halloween and Christmas light shows in 2017 made local headlines and drew in huge crowds. As a self-taught master with a day job in construction, he says all he will need to really cover downtown in a light show synced to Christmas music is $3,800 for materials.

“Being that other people are going to benefit from it, I’ve kind of spread it out a little bit between the Dansville Chamber of Commerce and the Town,” said Lohrmann at the Dansville Village Board’s meeting Tuesday night. “I’m not asking for anything more. […] We’re talking probably about 50 to 60,000 lights. If you go buy them off a store floor you’re probably going to pay $260 a pole, but if I can build them all, I can save a lot of money. It’s just that I have to have the money beforehand, not in October,” he added with a polite chuckle.

Lohrmann said that he would like to start building the light systems for the show this spring. He is a Conesus resident who lives in the Dansville Central School District.

Village Mayor Pete Vogt said that he would like the entire Board to be present to vote on the spending. Only he and Trustees Norm Zeh and Mike Nagle were present Tuesday night.

The Village would also like to make sure that having LED lights on their Main Street light poles that change colors will not be a problem to the New York State Department of Transportation.

Lohrmann said that he understands that the Board will have to vote on the issue and thanked them for their time.

Any members of the public wishing to contribute to Lohrmann’s efforts can contact him at klohrmann07@gmail.com. 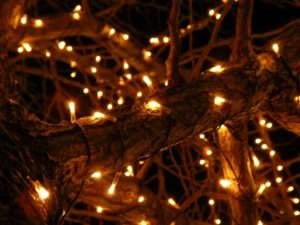