DANSVILLE – Incumbent Village Justice Dave Werth is running for re-election, but his name will not appear on the Conservative line.

Werth, who has been a Village Justice for 12 years and a Town Justice for 13, says that he misinterpreted the Board of Elections’ instructions that paperwork be submitted ’10 days before the primary election’ and wound up missing the deadline. The way it turned out, it would appear that Scott Kenney is running unopposed as a Republican for village justice.

“I’m not placing blame on anyone for what happened because it’s my fault, not the Board of Elections, not the Conservative Party,” said Werth. “When I heard I had missed the deadline I was taken aback. It took the wind out of my sails so to speak. […] So the only way that I can get on the ballot is as a write-in.”

Werth is asking his supporters to write in ‘Dave Werth’ at the bottom of their ballots Tuesday to re-elect him for another 4-year term. He will be up for re-election as a Town Justice for the next 2 and a half years.

“I’m leaning towards social media trying to generate some buzz,” said Werth. “I don’t have a war chest like the Democrats and Republicans so it’s just me and my experience both as a judge and in law enforcement.”

Werth says that no matter what happens, there will be no hard feelings.

Werth said that he is confident that the rest of the Village feels the same way.

“We’re a small town and there’s no room for adversarial politics,” said Werth. “You don’t really see that in our town. Everybody has to live with each other and get along, have a beer and work together.” 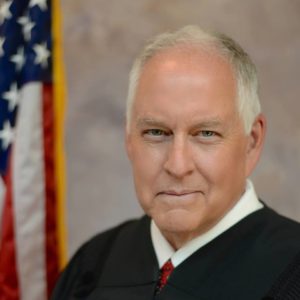