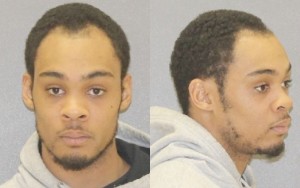 DANSVILLE – A Dansville man who is on parole for possessing drugs with intent to sell is back in police custody, this time for allegedly lying about his identity during a traffic stop and possessing cocaine.

On April 16, 2016 Deputy Sheriff Shawn Whitford had contact with Bryan during a traffic stop. It is alleged that Bryan was riding passenger in that vehicle and gave another person’s identifying information as his own during the stop.

The female operator of the vehicle was charged with an unrelated offense and the vehicle towed to a local shop. Later, the Deputy was advised from a confidential informant that the name given by the passenger was false. It was also confirmed that the passenger was Bryan and that he was wanted on a NYS Parole Violation Warrant.

According to the New York State Department of Corrections and Community Supervision, Bryan is on parole for two convictions for felony Criminal Sale of a Controlled Substance in the Third Degree out of Livingston County court. He spent about 3 1/2 months at Willard Correctional Facility, a drug treatment campus for the NYS Department of Corrections. He was released to parole on March 1, 2016.

Bryan was turned over to Deputies at the Livingston County Jail for processing and is scheduled for arraignment on Wednesday.