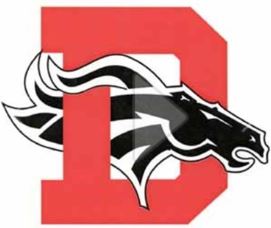 Dansville’s  boys and girls cross country teams traveled to Livonia High School on Saturday, November 14th and competed in the GRAA/LCAA Division 1 Championship.  The other schools in attendance were Livonia, Wayland-Cohocton, LeRoy, Avon, and Attica.  There were over 40 boys and 40 girls in each race.  Here are the highlights:

The girls team was led by Maggie Bacon.  Maggie finished in 2nd place with a time of 21:49.  Brianne Hurlburt finished in 8th place and Sofia Rodriguez finished in 11th place.  The boys team was led by Chad Thomas finishing in 12th place and Calab Rigdon finishing in 20th place.
Many boys and girls improved their times as compared to an earlier race held on the same course on October 21st.
Both teams will be competing in the Section V Class C Championship next Saturday, November 21st.