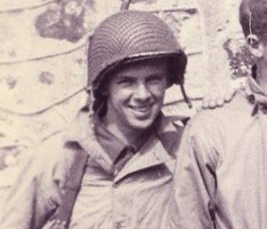 GENESEO – Whiskey 7’s unmistakable purr tells a mechanical and historical success story. At the National Warplane Museums’s airshow, generations of delighted onlookers have closed their eyes and tried to imagine the roar of massive formations sweeping over the English Channel to Normandy on D-Day, June 6, 1944.

Leslie Palmer Cruise Jr., 92, Ret. U.S. Army, 82nd Airborne, does not have to imagine. He remembers. He remembers the cold aluminum bench, the constant buzz in the radio room, the cramped, focused navigator station. Though he has been to the airshow before to see her fly, this time he will be calling on airshow-goers to help return the plane’s interior to its configuration on that fateful day.

“The C-47 was really vibrating as its motor turned over chugging and coughing as the pilot was endeavoring to get it running smoothly,” Cruise recalled for 6june1944.com. “This was the time in the jump process that I became the most nervous, just before the takeoff. I believe that the uncertain sound of the motors contributed to my intensity. Tremendous excitement filled the air, and much more on the way. I was chewing gum with a passion unknown before. […] We could hear the louder roar as each plane following the leader accelerated down the run-way and lifted into the air. Our turn came and the quivering craft gathered momentum along the path right behind the plane in front. Stubbornly it clung to the ground as if uncertain of its role, but finally it reached the proper speed rising slowly over Cottesmore it gently lifted its load as those before it had done. We kissed old England goodbye. We knew we were in for real trouble now, and parting wasn’t easy. All the little chickens had assembled into formation at the assigned altitudes and we were on course for Normandy and all those other names we had learned in the past week.”

The National Warplane Museum has launched an online Indiegogo campaign to honor the memory of her flight on D-Day and the legacy that it instilled in this airplane and this soldier. You can support the campaign by going to indiegogo.com and entering in the search bar ‘lets do a little more for les’ and clicking ‘Back It.’

The plan is to polish Whiskey 7 as a true, flying piece of living history. Whiskey 7 currently has true-to-era but canvas Navy seats in the fuselage. She lacks the aluminum ‘pan seats’ and the radio room and navigator station that Cruise remembers.

The work is difficult. Every inch of the aluminum bench inside must be custom built to taper toward Whiskey 7’s tail.

“We looked at several of the crowdfunding platforms, such as GoFundMe and KickStarter,” said Craig Wadsworth, Director of Aircraft Maintenance at the Museum. “Naturally there is going to be a cost involved to use these platforms, but these costs due vary depending on the size and scope of the project. We found that Indiegogo met our needs the best due to the fact that unlike other platforms, our organization would still receive donations, even if we are short on our goal.”

Cruise and Whiskey 7 will be at the National Warplane Museum’s airshow on July 8 to 10. Visitors can meet the man himself, thought to be the last surviving paratrooper who jumped on D-Day.

Tickets are available online at nwmairshow.com/tickets-and-plane-rides. 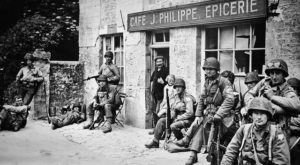 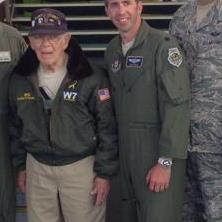 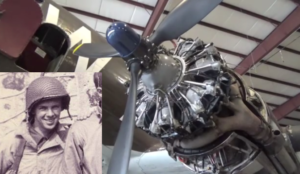