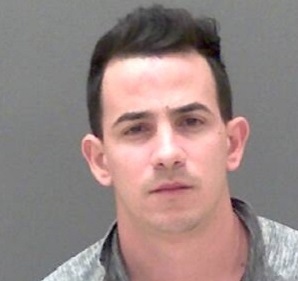 LIVINGSTON COUNTY – A Cuban citizen who cloned numerous credit cards as part of a scheme believed to have extended along the entire east coast is likely to be deported after a judge sentenced him to prison for felony identity theft on Thursday.

Juan Pablo Cosio Aguila, 26, was sentenced to 1 to 3 years in state prison for felony Identity Theft in the First Degree. Judge Dennis Cohen told Aguila that he will likely be deported as a result of this conviction.

“Your client is aware that due to his immigration status he will likely be deported as a result of his felony conviction?” Judge Cohen asked Aguila’s appointed attorney, David Wade.

Wade said that he is aware.

Aguila’s sentence will run concurrently, or at the same time as, a conviction for similar charges in Monroe County. He will owe his Livingston County victims $526.93 with his codefendant, Franck Toledo.

He pled guilty at his first appearance in county court.