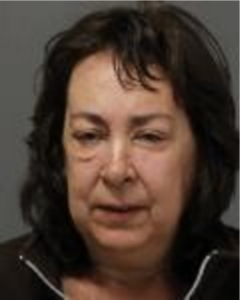 LEICESTER – New York State Police arrested a Nunda woman for allegedly stealing beer from the 7-Eleven convenience store in Leicester and driving while impaired by alcohol.

According to a press release from New York State Police, Mary Norman, 56, was arrested for misdemeanor Petit Larceny and Driving While Ability Impaired, an infraction.

State Police from Geneseo were dispatched to a traffic complaint involving Chevrolet Colorado pick-up truck on Rte. 36 in Mount Morris.

Troopers allegedly found the vehicle and operator, identified as Norman, at the 7-Eleven in Leicester. While on scene, State Police received an additional complaint that Norman had stolen beer from the 7-Eleven store.

Norman is alleged to have been impaired by alcohol. She was taken into custody and submitted to a breath test with a result of .07 BAC.

Norman is scheduled to appear before Leicester Town Court at a later date.