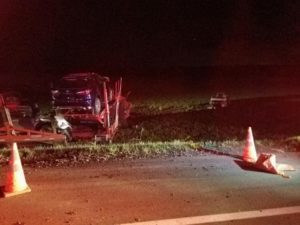 YORK – An collision involving a tractor and a car hauler closed Rte. 63 for a few hours Monday night.

According to the Livingston County Sheriff’s Office, multiple cars were involved in a collision on 63 between the Wyoming County Line and Federal Road.

“There is a lot of debris in the roadway as well as a diesel fuel spill,” said the Sheriff’s Office’s social media advisory at 9:24 p.m. “The road has been closed between the light in Greigsville (Route 36) and the county line. It may be closed for some time to clean up the spill and we suggest taking an alternative route at this time. Tractor Trailer traffic is suggested to reroute going northbound on Route 36 and then head westbound on Telephone Rd (Route 20) until it intersects with Route 63 again.”

Multiple emergency departments responded to the scene to make sure that there was no further threat to the community. 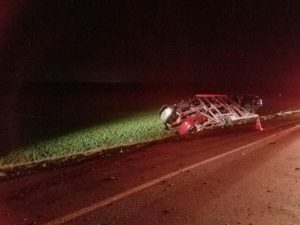 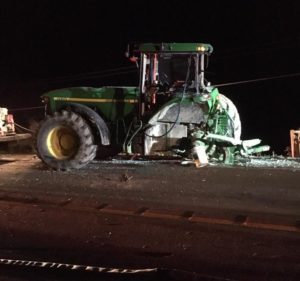