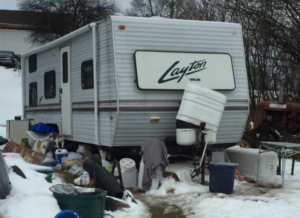 SPRINGWATER – Livingston County officials are skeptical of information reported to them by the Town of Springwater regarding the status of the investigation and citation of a public health nuisance property on Wrights Road.

Town Supervisor Deborah Babbitt-Henry reported to Livingston County Committees and the Department of Health that the Town has exhausted all investigative and violation citation measures against the owners of the approximately 77-acre property at 6679 Wrights Road, the site of dead animals and open food, feces and organic waste. County Administrator Ian Coyle and Chairman of the Board of Supervisors Eric Gott said that the Town might not have taken all possible action.

“To be sort of blunt, it looks like the Town may not have done all of the things that the Town represented as doing,” said Coyle. “I think it may be an opportunity for us to to redirect it back toward the Town, to say, ‘have you cited? Have you gone to court?’ Those are the representations we had, but I’m not sure, doing some digging, that that really happened.”

The Ways and Means Committee, believing that the Town had in fact exhausted all other means of settling the longtime public nuisance, said in May that they were in favor of an abatement plan that might include the owners footing the bill for a clean-up. Now, it seems the County would rather not take action until they learn more about what the Town has really tried up to this point.

“Certainly when she was here, the Supervisor painted the picture that the Town had absolutely exhausted every single avenue they had and that’s why she was at the Board of Health, that’s why she was at the Board of Supervisors, because they had written the citations, they had gone as far as they absolutely could,” said Gott. “At this point in time, it sounds like that wasn’t done, in fact, which is a little concerning to me that a fellow Supervisor would sit here and paint a picture that they had done all that they could do when in fact now we find out that that likely is not the case.”

The County already sent Requests for Quotation and Requests for for Proposal to contractors to see how much work they would do to remove the waste and how much it would cost. Coyle said that only one contracting company responded and did not propose removing waste that is the County’s highest priorities like dead animals, feces and garbage. County Attorney Shannon Hillier advises the Board of Supervisors to limit their involvement until the Town fully takes action.

“In conversations with Jim Campbell, who serves as their Town Attorney, this is his first opportunity to see the file and make decisions about doing citations against the homeowner, which if we were to move forward on the abatement could actually serve as a defense for the citations he’s about to issue,” said Hillier. “From my perspective, pause. Pump the brakes and let’s see what happens.”

For now, it looks like Livingston County is limiting its involvement in proceedings against the property owners and will likely ask the Town of Springwater to do more. Gott noted that Babbitt-Henry’s husband is the Town’s Code Enforcement Officer and the Town ‘obviously has the ability to deal with the property owners.’

“I’m with Shannon. Let’s pump the brakes and push it back on the Town and let them do the work,” said Coyle. “I’m sorry but for someone to come in here and misrepresent a situation, I don’t like that idea.”

Babbitt-Henry did not return a request for comment made Monday afternoon. 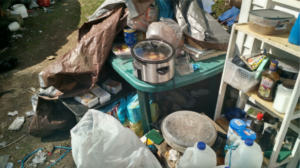 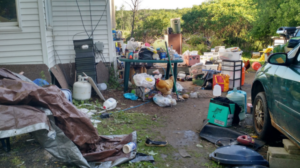 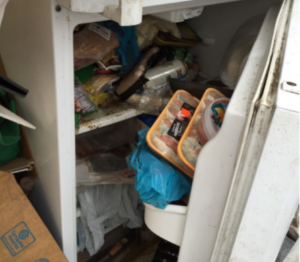