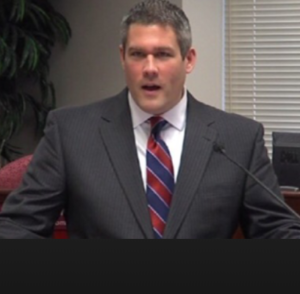 Monroe County Executive Adam Bello today announced he will create a trust fund to guarantee that tens of millions of dollars in opioid settlement funds due to the county are spent to prevent addiction and combat the opioid crisis. The funds stem from the agreements reached with opioid manufacturers and distributors by state Attorney General Letitia James.

County Executive Bello submitted a resolution to the Monroe County Legislature today asking legislators to authorize the settlements and create key protections that govern how the money is used.

“The opioid crisis continues to take a daily toll on our community, as death and overdose numbers released by our Medical Examiner last month sadly show,” said County Executive Bello. “Getting people the important help and support they need to fight addiction has been a cornerstone of my administration, and is why I established the Improving Addiction Coordination Team (IMPACT) last year. These settlement funds were awarded to Monroe County to support our unprecedented effort to combat the opioid crisis and it is our responsibility use these vital dollars to boost our focus on treating and preventing addiction.”

In June, Attorney General James reached a settlement agreement with Johnson & Johnson, parent company of Janssen Pharmaceuticals Inc., to end their sale of opioids and deliver up to $230 million to New York State. In July, she negotiated a $1 billion settlement with opioid distributors, manufacturers and consultants McKesson Corp., Cardinal Health Inc., and Amerisource Bergen Drug Corp. This month, a $4.5 billion settlement was secured from Perdue Pharma and the Sackler family, and $50 million agreement was reached with Endo Health Solutions. Over an 18-year period, Monroe County will receive tens of millions of dollars in recovery funds.

“The opioid epidemic continues to wreak havoc on communities across New York, including Monroe County,” said New York State Attorney General Letitia James. “In order to stem the tide of this destruction, it’s imperative that the funds my office delivered to the state go directly to communities in need and to opioid prevention, education, outreach, and treatment programs. County Executive Bello’s plan for a trust fund to protect these funds and ensure they are invested in necessary programs is essential and the best way we can continue to help those impacted by this crisis.”

The total amount the defendants are obligated to pay depends on buy-in by municipalities across the state; Monroe and other counties will receive more money if they agree to participate.

By establishing a trust fund to hold the opioid settlement money, Bello aims to avoid any future use of these dollars for purposes unrelated to addiction services. In 2000, Monroe County took a lump sum of $142.6 million as its share of a national settlement with tobacco companies. By 2005, then-leaders of the county spent all of the money, using half of it to pay off existing debt and the remainder to expand the jail and plug a budget gap.

Accepting the terms of Attorney James’ settlements will not jeopardize the county’s position in an ongoing national lawsuit against opioid distributors, marketers and makers. Outside counsel, Simons Hanly Conroy, strongly recommends that the county join the James settlement, as the county would be able to recover any additional funds should the national negotiations result in a higher settlement.

The legislature will consider the County Executive’s proposal during its meeting on September 14.