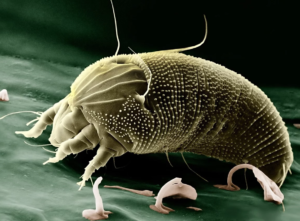 As the coronavirus continues to spread in the United States, forcing people to stay in their homes and causing an economic havoc.

Lieutenant Governor of Texas, Dan Patrick, who turn 70 next week, was the first elected official to state that saving the economy was perhaps more important than  putting our seniors at great risk.

U.S., President Donald Trump told reporters he believes the American economy, which has been virtually shut down, could be reopened in weeks, not months.

Some health officials are saying that the COVID-19 spread won’t peak until the first week of May.

President also signed an an executive order making it a crime to stockpile supplies needed by medical workers.

Attorney General William Barr said investigators will go after those hoarding goods on “an industrial scale” and price gouging.

Both big and small businesses are closing their doors.  The fear that some may never reopen is growing..

Boeing announced it was suspending production in the Seattle area, where it has two mammoth aircraft plants employing about 42,000 people.

The  $2 trillion plan of federal money to save businesses is being held up by Democrats who claim the money is more aimed at corporations than their employees.

Meanwhile some industries (like food, delivery services and supplies) are hiring tens of thousands of temporary employees as they see the demand for their products or services grow,

The White House is discussing easing social-distancing guidelines as early as next week as advisers and business leaders push President Trump to boost the economy.

The Federal Reserve said it will lend to small and large businesses and local governments to help them through the crisis.  Despite this Wall Street experienced another bear market day.