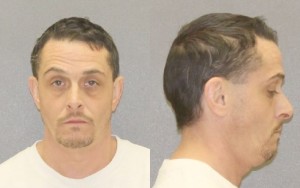 LIVONIA – A convicted rapist was charged again with a felony for failing to report to the Livingston County Sheriff’s Office to update his sex offender photo.

According to a press release from Sheriff Thomas Dougherty, Caleb Binnert, 41, was charged with felony Failure to Register and to Verify.

As a level 2 sex offender, or at moderate risk to re-offend, Binnert is required by law to report to the Sheriff’s Office to have a new photo taken for the New York State Sex Offender Registry every three years.

The Sheriff’s Office alleges that he did not report as directed, even after a letter of reminder was sent to him.

Binnert was arrested for the same charge three years ago when he failed to provide a photo to law enforcement.

The investigation and arrest were handled by Investigator Dan Rittenhouse of the Sheriff’s Office’s Criminal Investigations Division. Binnert was turned over to Deputies at the Livingston County Jail for processing and arraignment.

Binnert was convicted of felony Rape in the Third Degree in February 2004 for having sexual intercourse with a 15-year-old girl in 2003.

Binnert has since posted bail and been released.